View cart “Archive photo circa 1997” has been added to your cart. 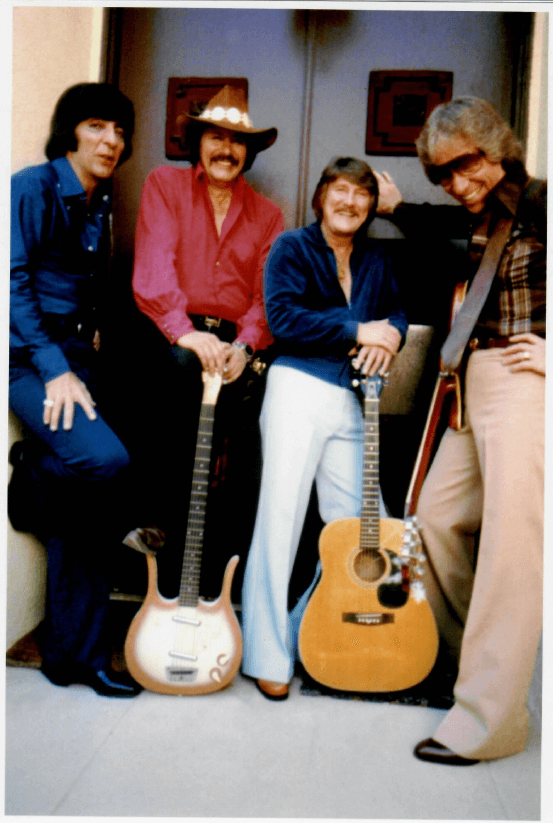 Recently, when I was rummaging through all kinds of files, I came upon a small box full of color slides from the 1970s and early 1980s. Some of these were from a photo session done at Don Wilson’s house in 1979, prior to the release of the Original Four LP when the group reunited. One of the photos was used for the cover of that album but there were many more that have never seen the light of day! I decided to look through them and pick a really good one (in my humble opinion!) and this is my choice. The guys all look happy and as though they are having a lot of fun – if I had to guess, I would say that one of them – probably Bob by the look on his face – had just cracked a joke, which he did quite often. Actually, they all did! Not to mention that they really were a good-looking bunch of guys!

Notice, too, that the guitar Nokie is holding also appears on the cover of the Greatest Hits album – and there is another box of slides from THAT photo shoot that was done at the legendary Norm’s Rare Guitars store.