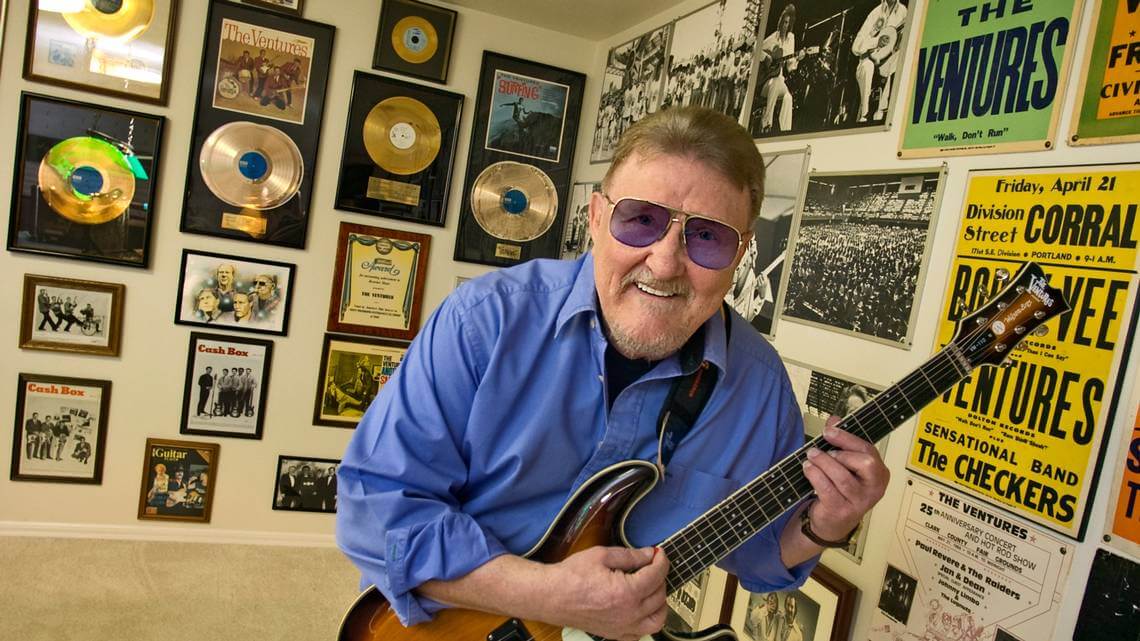 It is with profound sadness and a great sense of loss that I have to tell the world that, on January 22, 2022, Don Wilson passed away at the age of 88. He was the last surviving member of The Ventures’ original group, one of its co-founders along with his partner, Bob Bogle, who left us in 2009. His contribution to the instrumental rock music world is well-known and, as evidenced by the tributes already pouring in, he was loved by many all over the world – by family, fans and fellow musicians alike. From the early days when Don and Bob got together to play music, through their transition (with the help of Don’s mother Josie) to best-selling artists, to their popularity world-wide – and especially in Japan, a country to which they brought electric guitar music and whose citizens embraced them wholeheartedly, to their chart-topping melodic instrumental hits encompassing many genres, they have remained an enduring presence in music. Don would, I am sure, like to be remembered for the pleasure he brought to so many people with the music that he pioneered and brought to them, along with his cohorts – his fellow musicians who formed The Ventures. He has gone from this life but, if there is anything happy to be found in his passing, it is the hope that they are all once again together in the next world, playing up a storm – not heavenly harps perhaps, but celestial guitars. Don, you will be missed. Rest with your friends – Bob, Mel, Nokie, Gerry, your mom Josie and all who have been part of The Ventures’ circle for these 60-plus years.