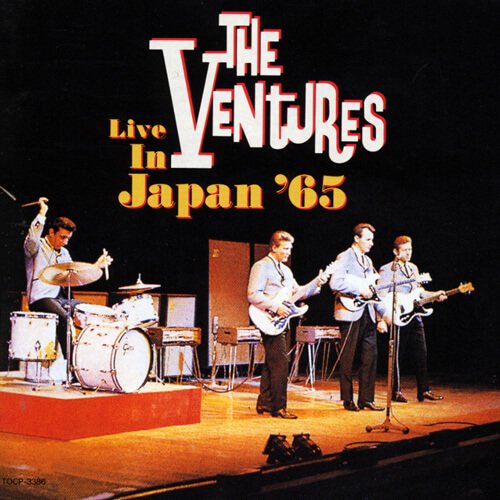 This is the classic live album that everyone raves about, with Filipino Emcee Bing Conception, recorded in March 1965 at the Kosei Nenkin Kaikan in Tokyo: the original 60’s line-up of Don Wilson, Bob Bogle, Nokie Edwards and Mel Taylor. The tracks were digitally remastered in 1994, and released in both Japan and the US in 1995, but with different cover artwork. This CD is the Japanese version, but the tracks are the same and include rarities that the group has not played on stage for many years: Besame Mucho Twist, Love Potion No.9, Mariner #4 and When You Walk in the Room. The “Caravan” encore with Mel’s drum solo runs almost 10 minutes! The liner notes, written by “Mugsy” are a gold-mine of information. The full track-listing is as follows: