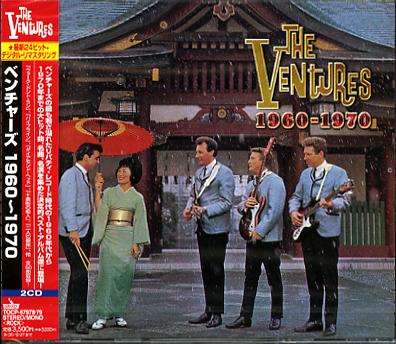 Note: The booklet inside this 2-CD set includes a complete discography of The Ventures releases (singles, EPs and LPs) between 1960 and 1970 and beyond, as well as individual releases by Mel Taylor and Nokie Edwards, and re-releases on compilation LPs. The cover photo is from an original Japanese LP, and there is a photo taken in 192 in the same, essentially the same pose.